Yes, yes, I'm a terrible blogger.  If you want more up to date photos and happenings, you're better off following me on Instagram: angelaeverhart.  I'll try to post the big things here but life is hectic and I do what I can.

So now that's out of the way....Halloween!  This year Rylin wanted to be a Ninja Turtle.  I was not feeling the $30 price tag for $3 worth of costume and October is our busiest month of the year, so I knew I couldn't handle a big DIY project.  Somehow I talked him into being just a ninja and it turned out pretty cute.  Just bought black sweats, black socks, and a $1 hood from the dollar store, cut up an old red t-shirt and he was set.  Miles went as a chicken, and though it looked complicated, was actually a pretty simple costume to put together also.  I saw a tutorial from Martha Stewart before I had kids and thought it was so cute.  This seemed like the appropriate year for a chicken...ha!  So a couple white feather boa's tacked to a white onsie we already had, some black and white leggings, a little hat made from old t-shirts and he was the cutest chicken on picture day at church and Fall Fest.  He left a trail of feathers and aww's everywhere he went! 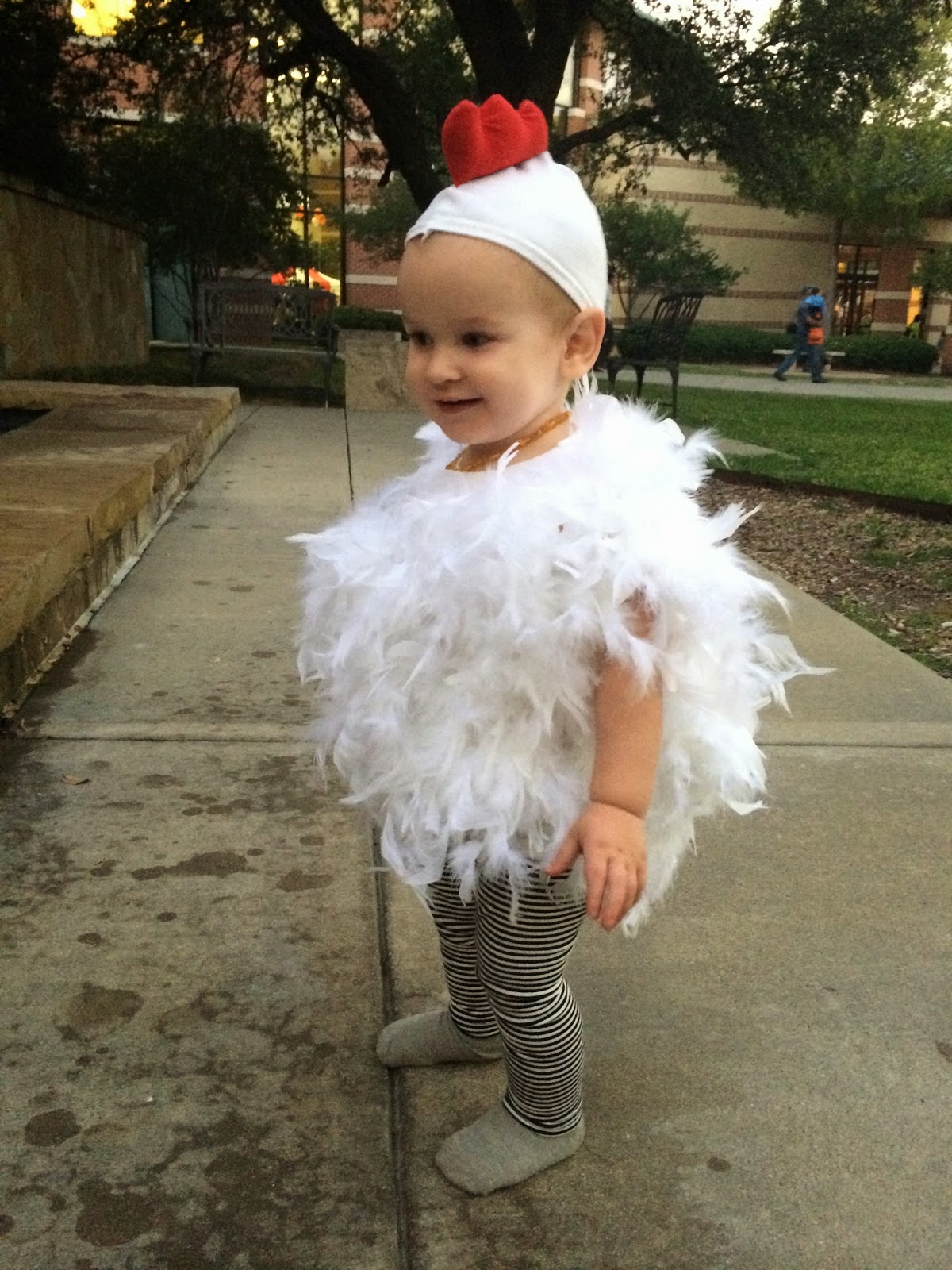 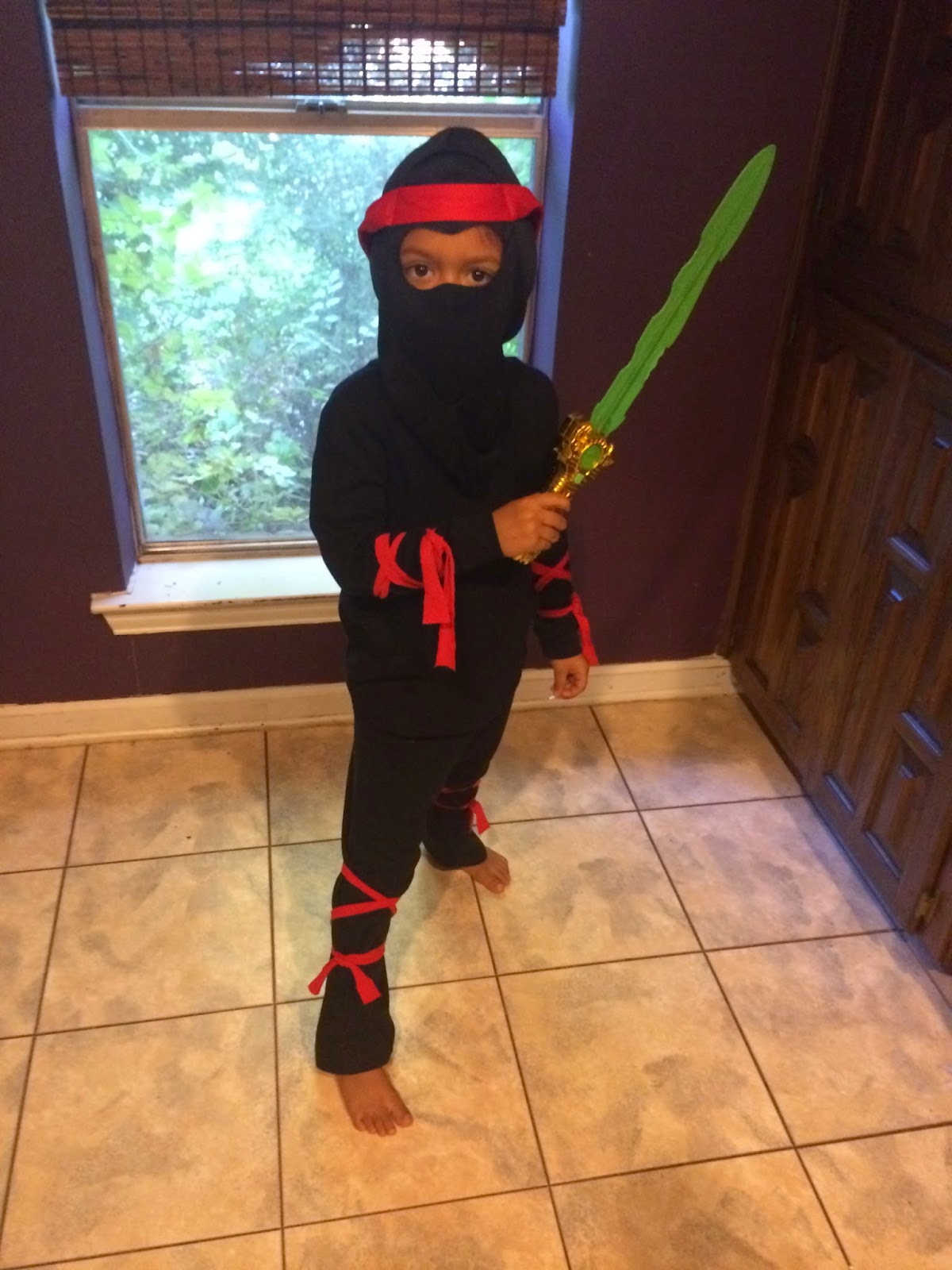 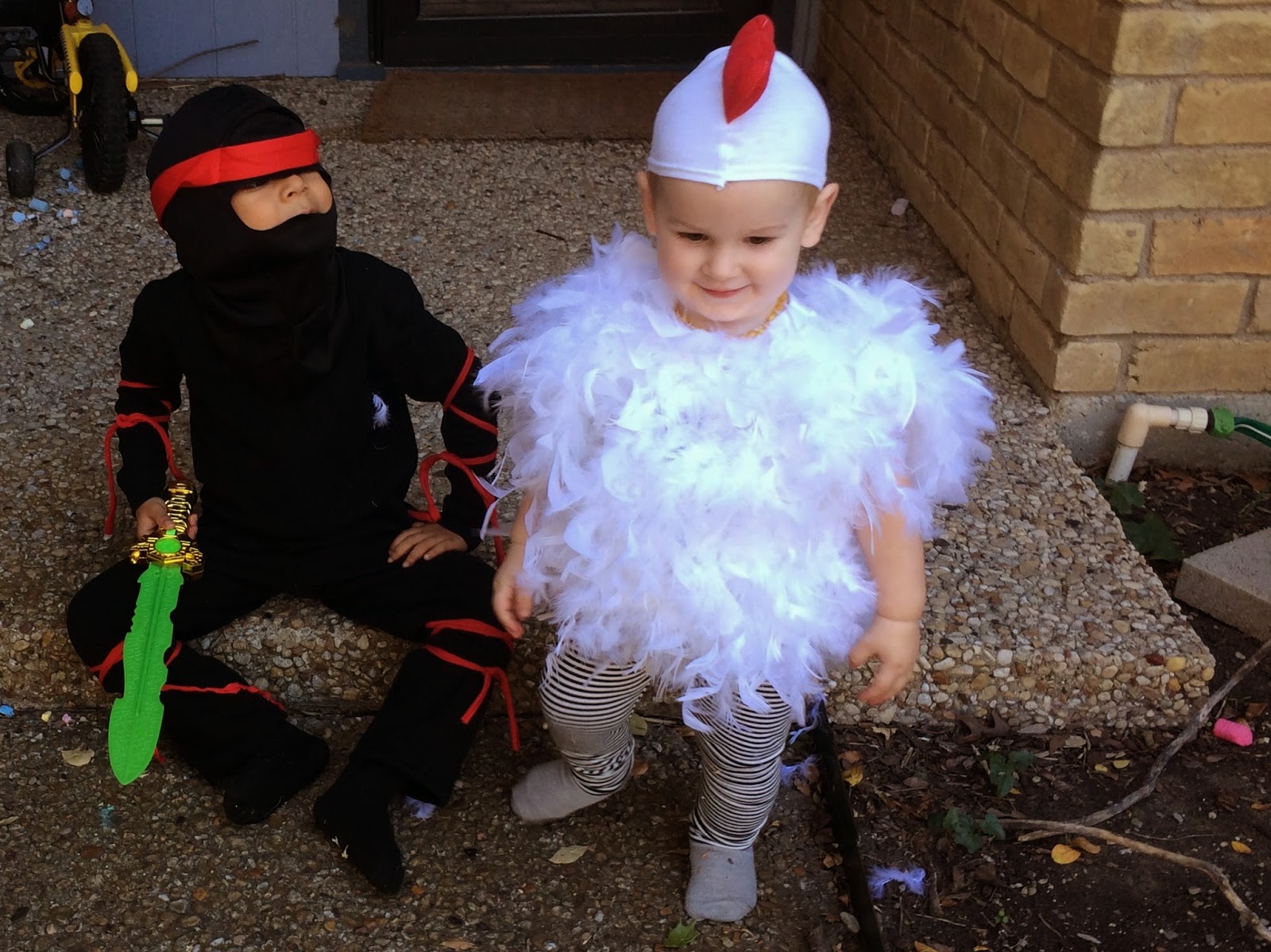 Posted by The Everharts at 4:16 PM